Editorial > The Right Age To Become An Entrepreneur ( Is there any? )

The Right Age To Become An Entrepreneur ( Is there any? ) 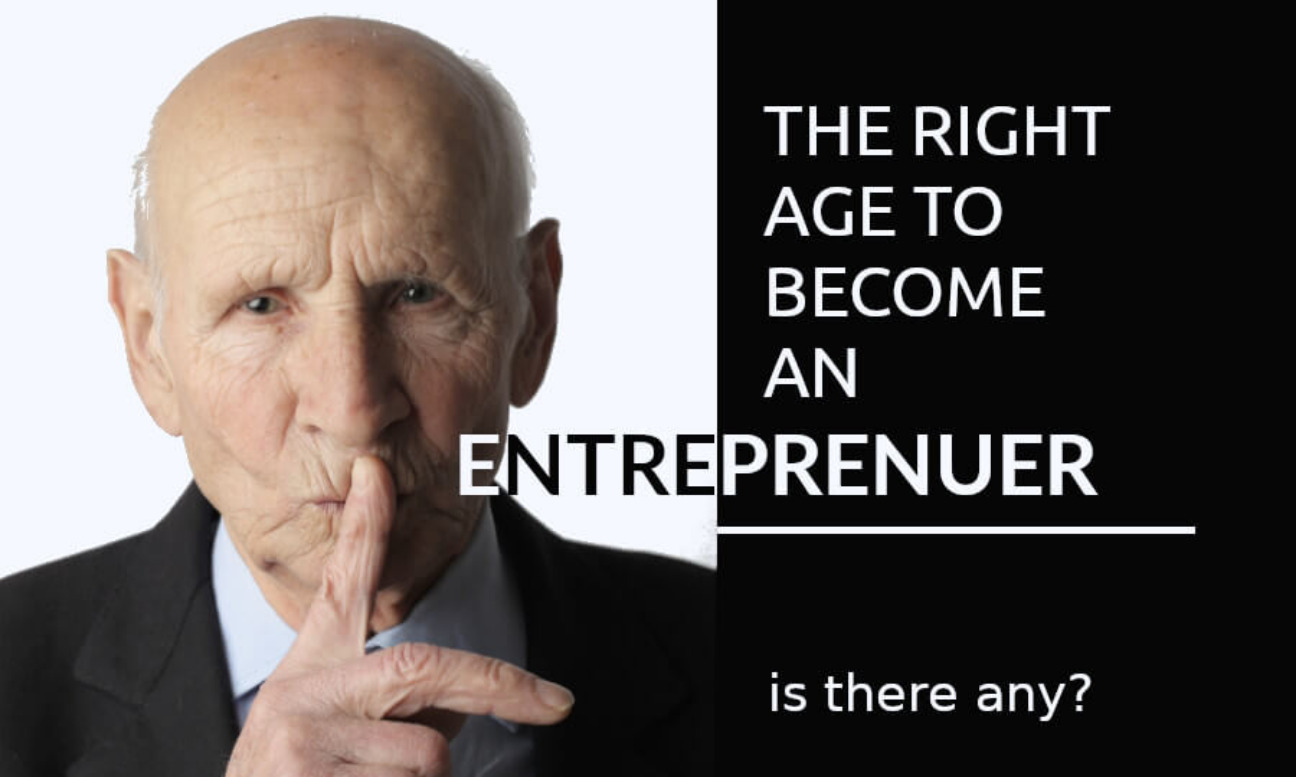 “Rahul Yadav has already quit the next company he will join"

We are gradually making ourselves accustomed to the media creating demi-gods out of start-up founders one morning and panning them like public enemies, the very next. Young, dynamic and raring-to-go business promoters sure do make entertaining reading. But their spirit is not what these news articles could beat.

Even in times of difficulty, such as the coronavirus pandemic, which is a global issue or demonetization which is a local one, start-ups led by entrepreneurs both young and old, made headlines each day.

The purpose was in question, existence and solidity of one’s business ideas were challenged, focus and expertise on one’s domain were under pressure – as entrepreneurs stopped at nothing to keep their businesses afloat and even flourishing. They were grudged for marketing tactics during lockdowns, were snickered at for raising billions at a time many were sitting at home, disliked for crossing newer thresholds of personal wealth when many had been laid off or benched – but they didn’t stop, didn’t let anything affect their North-Star focus.

But in the midst of all this, who actually pulled it off better than the others? And what were the most important distinguishers? Was AGE one of the deciding factors of how they navigated these times?
Dais World's latest editorial tries to put some light towards the journey.

The Youth bring the wow-factor

Tumblr was founded at 21, WordPress at 20, and Facebook at 19. We’ll easily toot the horn of anyone young and successful – but it can be for good reason.

The initial idea for OYO was started when Ritesh Agarwal was only 17 years old, making him the world’s youngest CEO. To go even further, digital solutions company Apex Infosys India was started by 12-year-old Advait Thakur. Kerala-based Sreelakshmi Suresh had designed her first website at the age of 6, and established web designing company eDesign at age 10.

It is no wonder that younger CEOs are given so much limelight.

Creating a highly successful company at such a young age brings about a sense of awe and wonder- an idolized image for the aspiring and young students. It is the thought of achieving something so great, with little to no experience, that keeps people hooked on to a marvellous story – and entrenched with the unfortunate belief that if it is not done in your heyday, it can never be done.

If you’re not a fresh graduate – don’t despair

Movies like "The Social Network" romanticise the idea of coffee-crazed, sleep-deprived college students making big bucks – and, though this was a real life success story, the idea of a youthful entrepreneur may just be an uncommon stereotype coined due to its media appeal. On top of this, Venture Capitalists are looking to get the highest returns on their investment. For cash-strapped youngsters, VC’s are likelier to get a better deal on their investment by buying at a lower cost, a potential reason for their fixation on younger start-ups.

But, as research proves, the youngest aren’t always the brightest. Harvard Business Review’s research published in 2018, studied companies in the US from 2007 to 2014. They found that the most successful firms were founded by those who were middle-aged, the average age being 45. Though the risk may be greater for those who are older, considering families and other commitments, the experience of working life can tide over these entrepreneurs during periods of difficulty within a new venture – on top of this, their financial resources and the established network they have built up can contribute towards greater success.

As much media glare may be given to the young, there are many examples of successful middle-aged entrepreneurs – Jack Ma, Tony Fadell, Milton Hershey to name a few. Even famed young entrepreneurs, like Steve Jobs and Jeff Bezos, peaked well into their later years. The iPhone was released when Jobs was 52. Jeff Bezos was 45 when the future market cap growth rate of Amazon was at its peak.

Considering half of the population are under 25, you may think that the bubbling and bright youthful start-up culture in India proves to be the exception for the rule. However, a study published by Livemint in January of 2018, gives more backing to the Harvard study’s conclusion. Despite the freshly graduated, IIT start-up success trope, around half of the start-ups that were able to scale up had founders with 10 or more years of experience.

One successful example of an Indian CEO with years of experience behind her is FreshMenu Founder Rashmi Daga. After working for a variety of sectors post graduating in 2003, the food delivery start-up was founded in 2014 after starting another online venture selling art, which she shut down after a year of its birth.  Speaking about her Operational role in TutorVista, an online education company, she cites that it was the one which provided her with lots of beneficial experience, including effective money management, marketing and sales. Working as an employee before launching a start-up allows for the experience earned previously to contribute towards the success factor.

There is even a place for the elderly in the start-up sphere. Known as India’s logistics Veteran, LR Sridhar jumped on the e-commerce bandwagon with his years of logistics experience under his belt.  Connect India works with big giants like Amazon and Flipkart to distribute products to smaller areas in India via the medium of kirana stores. Its popularity shot up within only a few months of its inception in 2015, with over 2000 stores nationwide.

Serial entrepreneur Ashok Soota founded multinational IT business Mindtree at the age of 53 – at 65, he founded his next IT venture, Happiest Minds, a consulting and services company. With his experience dating back since 1965, Soota has worked for the Shriram Group, as well as Wipro, where he was president.

Both Sridhar and Soota cite their network as important factors in the creation of their own company’s, where Sridhar states his initial team consisted of people he had worked with before. For Soota, his proven record of creating a stable company made it easier to pave the way for people to buy into his new venture. They prove that experience can prove invaluable in creating a successful company.

Do we focus too much on age?

In our superficial society, fresh-faced youths are deemed more popular – but, does it really matter? Isn’t it about time that we change the narrative in our so-called ‘progressive’ society? When creating an entrepreneurial venture – isn’t it supposed to be about the idea itself, and what it contributes to society, rather than who made it and at what age?

So dream on, find an idea, stoke your passion to build it and follow it through and see the fruit of your hard work change the world - your age will matter no more than just being a mere number.